Brooklyn, N.Y. (January 17, 2019) – A motorist has been left beaten and stabbed in a road rage incident late Thursday night. The physical assault happened in Brooklyn in the neighborhood of Bensonhurst. Surveillance videos show the attack happen at the intersection of 1st and 65thstreet, with a red Infinity stopped at a green light and a blue Volvo behind it. 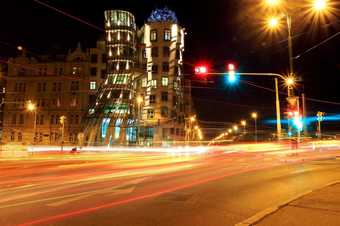 The Volvo driver, identified as a 53-year-old man, honked at the Infinity, attempting to get the Infinity driver’s attention to drive through the green light. The Volvo’s honk, however, incited rage in the Infinity’s occupants. The driver and passenger of the Infinity got out of their car, yelling at the Volvo driver before forcing him out of his vehicle where he was punched and stabbed by the assailants. After the attack, the two attackers returned to their vehicle and left the scene.

The Volvo driver was taken to Maimonides Medical Center to treat his stab wounds, according to officials. Both suspects in this case are still at large.

Personal injury is a broad term, but basically it means that if you are injured by anyone else either purposefully or not, they may be responsible for your injures. Personal injuries can come from car accidents, from slip and fall accidents, or from abuse cases, to name a few. Injuries sustained in these sorts of cases can range from bruising, to broken bones, to bleeding, to serious injuries like brain trauma, all of which need to be checked and attended to. No matter what, when you are injured due to the carelessness of another, you are entitled to know if they are responsible for your injuries and know how much you are owed.

At the Law Offices of Robert A. Solomon of Metro Law, we are well versed in the realm of personal injury cases. We know how to handle them and how to get you the amount of compensation you not only deserve, but need. We will fight for you right and for your best interest, and we will not stop until the case is over. Call us today to see what we can do for your case at (800) – 469 – 6476.

The Health Complication of a Staph Infection

What is a Staph Infection? When looking to get a bikini wax, it’s important that you find a reputable business... read more

Recovery Times of Injuries in an Accident

How Accidents Cause Injuries A common and well-founded complaint following a car accident is the recovery of the injuries a... read more

Lebanon, N.J. (February 1, 2019) – A man has died after being involved in a motorcycle accident on Thursday in... read more

Brooklyn, N.Y – Woman Dies After Being Hit by Toyota on Sidewalk on Avenue S

Why are Trees Planted on Properties? There are many ways you can beautify your property while also adding value to it. Repainting... read more

Brooklyn, N.Y. – Child Injured After Being Hit by Car on 56th Street

Brooklyn, N.Y. (February 27, 2019) – A child is believed to have suffered serious but non-life-threatening injuries after they were... read more