Mineola, Long Island – Man Hit and Killed by Driver Who Did Not Pay for Gas

Mineola, Long Island – Man Hit and Killed by Driver Who Did Not Pay for Gas

Mineola, NY (January 14, 2019) – A motorist who did not want to pay his $22 gas bill on Monday morning ran over and killed the gas station manager at the station he stole his gas from. The hit and run incident occurred just before 7:30 a.m. at the Pit Stop gas station on Grand Avenue. 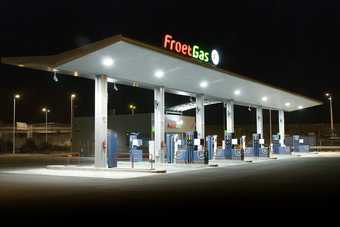 The Nassau Police department released video footage of the hit- and- run accident Monday afternoon in hopes of help identifying the man responsible for the theft and accident. The footage shows the gas station manager, 59- year- old Cemal Dagdieviren of Levittown, being hit after the driver of a mid-1990 black GMC SUV tried to scam an attendant from paying for gas that had been put in his vehicle’s gas tank. After the attendant filled the suspect’s tank, the man driving the GMC told the attendant he did not have the cash to pay for the gas and then tried to give the attendant a fake credit card instead. When Dagdieviren confronted the driver about payment, the suspect hit the gas and ran over Dagdieviren while fleeing the scene.

Dagdieviren was taken to the South Nassau Communities Hospital where he was pronounced dead from his injuries. Dagdieviren is survived by his wife and two sons.

Police are still searching for the driver and are seeking help from the public. If you have any information about this incident, please contact the Nassau police homicide squad or call Crime Stoppers at 1 – 800 – 244 – TIPS.

Hit and run accidents are terrible for a number of reasons. Not only is the victim injured from the impact with the vehicle, but they also cannot hold the suspect accountable if the suspect is never caught. If the driver of the hit- and- run is not caught and held accountable, the victim has to pay their bills themselves, which can put them into financial straights if they also cannot work. These motor vehicle accidents are some of the worst that can happen to a victim, and it can only be hoped that the driver of the fleeing vehicle can be found to help the victim with payment for their injuries.

Injuries from these accidents can range from bruises and broken bones to traumatic brain injuries, most of which will need to be evaluated by a doctor. These injuries are serious and demanding, so your case against your attacker should be serious and demanding as well. By finding the right lawyers to fight for you, you can expect serious preparation and litigation that will help to win your case. At the Law Offices of Robert A. Solomon of Metro Law, we have a number of lawyers who are passionate and serious about helping you win your case and will do everything in their power to help you get the justice you deserve. Call us today at (800) – 469 – 6476 to discuss your case today!

As a pedestrian, you want to do whatever you can to remain safe at all times. This means becoming... read more

If you’re walking in New York City, you probably feel pretty safe most of the time. Many areas are... read more

This is another tragic story about a pedestrian being struck by a vehicle along a busy roadway. Pedestrians are... read more

If you’ve been watching the national news in New Jersey, it’s likely that you’ve heard about this horrible story.... read more

Why do pedestrian accidents keep happening?

In today’s day and age, you would think that drivers and pedestrians alike would do whatever it takes to... read more