Queens, N.Y. (February 7, 2019) – An officer in Queens on her way to work saved the life of a motorcyclist who was injured from a hit-and-run accident Thursday morning. The hit-and-run New York accident happened Thursday morning when a red tractor trailer with no license plate hit a motorcyclist on the Brooklyn-Queens Expressway near Exit 43 in Woodside, leaving the injured woman at the scene. 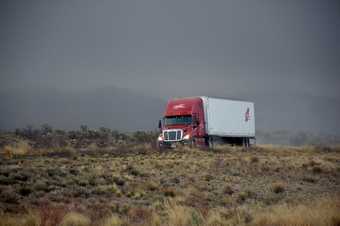 After the accident, Officer Mandeep Kaur of the 114th Precinct in Astoria spotted the motorcyclist as she drove to work. Officer Kaur stopped and helped the motorcyclist into her vehicle, calling her colleagues to send an ambulance. The motorcyclist mentioned that her arm was going numb, and after a closer look, Kaur noticed the woman was bleeding heavily from a 2-inch wound on the 30-year-old victim’s left arm.

Kaur applied a tourniquet and called to have the ambulance rushed to the scene, with the ambulance arriving about 10 minutes later. The woman was taken to the hospital and is stable condition, with EMT’s saying that Kaur’s quick decision to apply a tourniquet probably saved the victim’s life.

Police are still searching for the tractor trailer at the time of this posting.

An accident with a tractor trailer is always dangerous, but when the other vehicle involved in the accident is a motorcycle, the chances of injury are much higher than that of a car. Tractor trailers are large and dangerous vehicles, so when someone is injured due to a truck’s negligence, they can become quite upset with their injuries. After facing an accident in which a tractor trailer injured you, call the lawyers at the Law Offices of Robert A. Solomon of Metro Law. We know just what you need from your lawyers at this time, and we are ready to help you get the compensation you need to recover from the injuries you’ve sustained. Call us today at (800) – 469 – 6476.

What Properties Are You More Likely to be Hurt At?

What Does Product Liability Mean for Consumers? Products are a part of our daily lives. We see products on television,... read more

Manalapan, N.J. (March 13, 2019) – An elderly man has died after being involved in a two-vehicle collision, prosecutors report.... read more

A Quick History of School Buses School buses have become a synonymous part of the public school experience. Children have... read more

Caroline, N.Y. – College Student Dies While Driving Back to College on Valley Road