The Complications of Cesarean Sections

The Complications of Cesarean Sections

Recently in the United States, it is believed that roughly 30% of all births every year are by cesarean section, or C-section for short. C-sections are a procedure performed by doctors wherein the baby is delivered by making incisions into the abdomen and uterus of a mother rather than having the mother give birth vaginally. These procedures are rising due for a number of reasons including increased age mothers, increased weight in mothers, and that many doctors will not allow a mother to deliver vaginally after delivering via C-section.

While many of these procedures go well, others will have complications arise that can end up harming the baby, which is the worry of every new parent. Indeed, mothers often face more danger of injury in a C-section, but babies are at risk, too, so it’s important to have a good doctor who is knowledgeable and experienced in these procedures. This can help to cut down on the possibility of injury to mother and child, which is what every parent wants. In the event that your C-section does end with injuries to the baby, don’t forget that there is help for you in a personal injury lawyer’s office, and they can help with the difficulties that may arise after this procedure.

C-sections, while safe for many reasons, do have dangers that can arise for the baby. Some of the injuries that a baby can sustain in a C-section include: 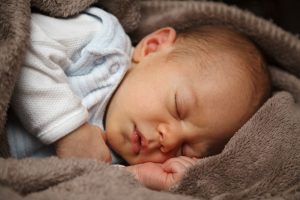 Lacerations: When a baby is delivered via C-section, the possibility of a baby being cut is present. While most of these cuts are superficial and do not result in further injury, a doctor who is not careful or not experienced could end up causing a more serious injury to the baby, which could result in infection or other serious complications that could require hospitalization.

Lack of oxygen: When a baby is born, there are many reasons why the baby may lose oxygen. Having the umbilical cord wrapped around the baby’s neck, having an issue where the umbilical cord is not transferring oxygen as it should, or having a C-section take too long could all pose risks to the baby, and these are risks doctors should be aware of before they begin their procedure.

Liquid in lungs: If a C-section is performed before labor has begun, a baby may end up with fluid in their lungs. While many of these cases clear up quickly, some babies can end up needing hospitalization or extra treatment from doctors for this condition, which can be difficult for parents to see. This can also lead to breathing problems later for the child.

When your child ends up being injured due to the actions of a doctor during a C-section, we may be able to help you get the compensation you need and deserve. At the Law Offices of Robert A. Solomon of Metro Law, our team will work hard with you to ensure your child’s rights are upheld and that you are well represented in court, giving you a better chance of winning your case. Call our office today to see how we can help you at (800) 469-6476.

New Jersey readers may be surprised to learn that physicians misdiagnose conditions in 10 to 15 percent of new... read more

Most people are aware that if a physician or other health care provider commits a significant error that harms... read more

Concerns about doctors in the middle of clinic exchange

If you need medical care, the last thing you want to find out is that the person working on... read more

Malpractice awards may be subject to Medicaid claims

New Jersey residents may be interested in learning about the actions that are sometimes taken by states to reclaim... read more

Failure to treat can lead to a medical malpractice claim

When you visit a medical professional, you expect to be treated in the appropriate manner without delay. Unfortunately, there... read more

If you’ve been watching the news, you might have heard about this case. Medical malpractice is often prominent when it’s discussed,... read more

The right approach in a medical malpractice claim

Going to the doctor is typically not a joyful experience, but it is a something most individuals in New... read more

Malpractice awards may be subject to Medicaid claims

New Jersey residents may be interested in learning about the actions that are sometimes taken by states to reclaim... read more

Objects left behind during a surgical procedure

Any type of surgery, regardless of the seriousness, can be stressful. You wonder if it will work. You wonder... read more

How medication safety is affecting patients

As a patient, you’ll likely have to take medications at some time in your life. Whether it’s antibiotics, long-term... read more